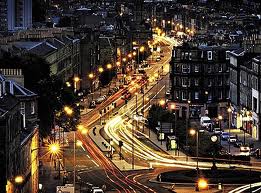 With input from over 300 people and after a month of putting together a joint response for  the council’s Leith Improvement Progamme, eleven community organisations, including Leith Central CC, have joined forces with active travel campaign groups to demand that the council rethink its proposals for a multi-million pound facelift of Leith Walk and Constitution Street.

With this unprecedented joint submission all three Leith community councils, another three Leith-based community organisations, The Cockburn Association and four active travel organisations, the groups have teamed up  to persuade Edinburgh council to do more to boost the economic vitality of the area – by improving the public realm, and tackling the road safety and air pollution problems that affect the area.   The findings of last year’s Leith Links Gala consultations in which  hundreds of Leithers shared their priorities for the redevelopment of Leith Walk, were also included in the document.

Thanks to this unprecedented joining of forces there is now a single and unambiguous document that clearly sets out local priorities and aspirations for Leith Walk in detail.

While still in draft form, the document was available to anyone to comment on on-line, a unique process coordinated by local charity Greener Leith.

The full document runs to 42 pages and  aims to highlight improvements that the council could make to its current design proposals for Leith Walk and Constitution Street.  It is available online here: http://bit.ly/13tku4Y

Roland Reid, LCCC’s Secretary said “Leith Walk is not only one of Edinburgh’s top three streets, it is also the key artery running through one of the most densely populated areas in the city.  We are pleased to be part of this joint submission with so many other local and national organisations and hope that it will contribute to the revival of the vitality of Leith Walk that has suffered so much since the start of the tram works since 2007.

Some of the key points include:

This site uses Akismet to reduce spam. Learn how your comment data is processed.